Oppo F15 launched today: Here's a detailled lowdown on the specifications,price and where to pre-order the Oppo F15. 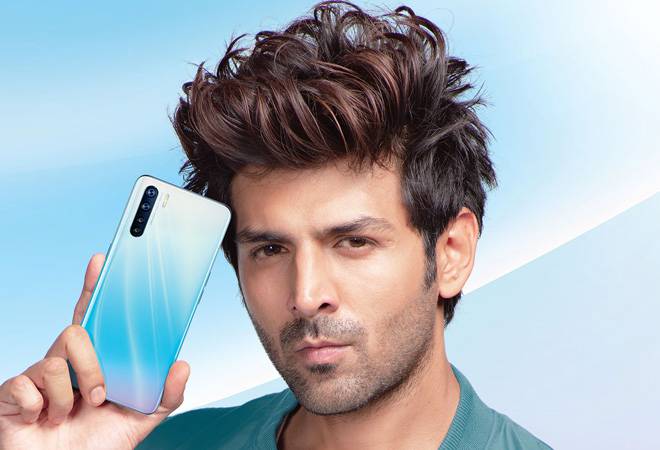 This smartphone will enhance the PUBG frame stability by 55.8 per cent

Chinese smartphone manufacturer Oppo has launched the latest Oppo F15 in India on Thursday. The smartphone was launched at an event in Delhi by Rannvijay Singha and the Youtuber Gaurav Chaudhary aka Techincal Guruji. Oppo F15 will come with 8GB RAM and 128GB storage space coupled with features such as in-display fingerprint sensor. The phone is priced at Rs 19,990 and will compete with smartphones such as Redmi K20 and Realme X2. Here's a primer on the details regarding specifications, price and where to pre-order the Oppo F15.

Oppo F15 sports a 6.4-inch FHD+ display with a waterdrop notch. The display of the phone is capable of offering a 2400x1080 resolution and screen-to-body ratio of 90.7 per cent. The AMOLED display is protected by Corning Gorilla Glass 5. The Oppo F15 runs Mediatek Helio P70 chipset under the hood. The device ships with ColorOS 6 based on Android 9 Pie. It comes in a single memory variant with 8GB RAM and 128GB storage. The smartphone supports expandable storage up to 256GB. It is a dual SIM smartphone with a microSD card slot. The new Oppo F15 is powered by a 4,025mAh battery and supports VOOC Flash Charge 3.0.

The latest Oppo smartphone comes with a quad-camera setup. The quad camera setup on Oppo F15 comprises of a 48MP primary sensor assisted by an 8MP secondary sensor. The 8MP secondary sensor comes with an f/2.25 ultra wide angle lens that has a viewing angle of 119 degrees. There will also be two 2MP cameras for portraits and monochrome shots. Apart from the quad-camera setup, Oppo F15 also features a 16MP front camera. In order to attract youngsters, beautification features backed by AI have also been provided. The smartphone also comes with video stabilisation feature and a 3-8 cm Macro lens.

Oppo F15 will also offers night portrait mode in order to capture night selfies. The smartphone has dedicated gaming features such as Game Boost 2.0. This feature will reportedly enhance the PUBG frame rate stability by 55.8 per cent and reduce lag possibility by 17 per cent, claims Oppo.

The single 8GB RAM and 128GB RAM storage variant is priced at Rs 19,990 for India. The phone is available in two colour options: Unicorn White and Lightening Black.

Oppo has opened pre-bookings for the Oppo F15 on its website. The phone is touted to be available on Flipkart and Amazon from January 24. Oppo took to its official Twitter handle to share the link for pre-ordering the latest smartphone.

Thank you for joining us for the launch of the sleek #OPPOF15! Order yours now and #FlauntItYourWay.
Know more: https://t.co/Qlx0s4rABKpic.twitter.com/hP56ZS8XtP

Oppo F15 to launch in India today; here's what to expect

IT spending to reach $3.9 trillion in 2020 globally: Gartner