Kia Motors, which has got to a flying start in the country with its first product Seltos, aims to bring in two more models this year - luxury MPV Carnival at Auto Expo, and a compact SUV later this year 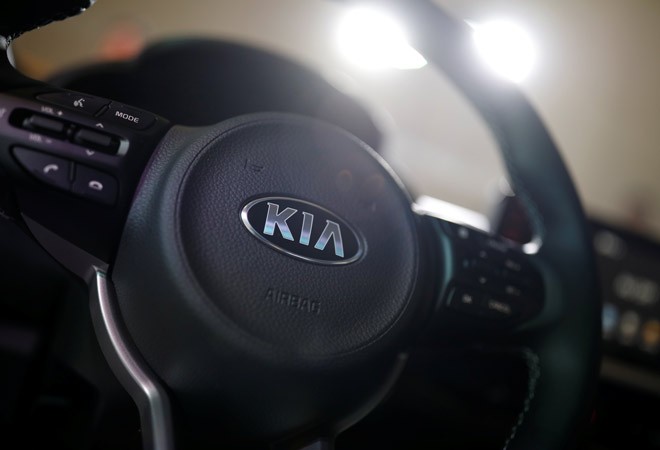 South Korean automaker Kia Motors plans to keep rolling out new models at regular intervals in India as it aims to fully utilise its current installed production capacity of 3 lakh units by March 2022, a senior company official said. The company, which has got to a flying start in the country with its first product Seltos, aims to bring in two more models this year.

It will drive in luxury multi purpose vehicle Carnival at Auto Expo, followed by a compact SUV later during the year.

Similarly, the company would also look at bringing in two more products next year as well.

"We have already stated that we will keep introducing a new model every six months. Our first goal right now is to fully exhaust the installed production capacity," Kia Motors India Head Marketing and Sales Manohar Bhat told here.

It should take around 4-5 models from the company's stables to achieve the target in 2022, he added.

Kia Motors' manufacturing facility in Andhra Pradesh has an installed production capacity to roll out 3 lakh units per annum on a three shift basis.

The company is currently running two shifts at the plant.

Commenting on Carnival, which was showcased here, Bhat said the company would be creating a new segment with the model.

"Carnival is going to be our flagship model in India. There is no product like it in the country right now. It would meet the evolving needs of elite customers in the country," Bhatt said.

Carnival will be powered by a 2.2 litre diesel engine with a claimed fuel efficiency of 13.9 km per litre.

"We will redefine the market place with this product as well as we did with Seltos. It will have BS-VI compliant engine right from the start," Bhat said.

When asked to comment on sales expectations from the model, he added that the company is not looking at it from volume point of view, but wants to showcase its prowess in terms of quality and luxury.

The compact SUV model, which would be showcased at the Auto Expo and launched later during the year, would be more of a volume cruncher for the company, he added.

On sales network expansion, Bhat said the company is already present in 165 locations across the country with 200 dealerships.

Kia is now trying to consolidate in regions where it currently lags in terms of presence, he added.