Jagat Prakash Nadda, who filed his nomination early today, has been elected unopposed since he is the only candidate 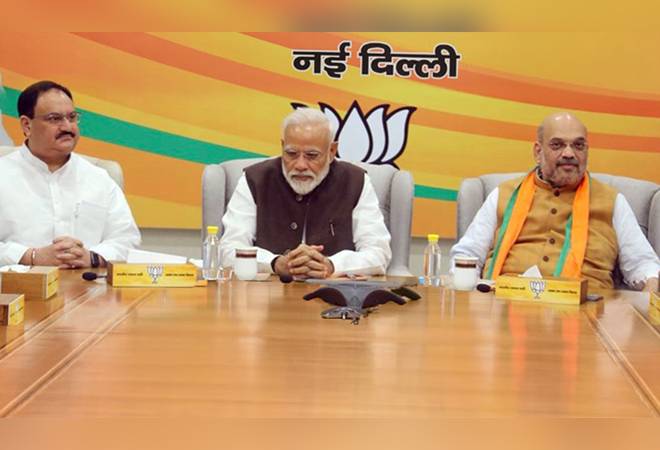 Nearly seven months after becoming the working president of Bharatiya Janata Party (BJP), Jagat Prakash Nadda formally take over the reins of the party from Amit Shah on Monday. The 59-year-old BJP leader, who filed his nomination early today, has been elected unopposed since he is the only candidate.

Top party leaders, including Union ministers and those from states, arrived at the BJP headquarter, where his name was formally proposed for new chief. His name was recommended by BJP parliamentary board members Amit Shah, Rajnath Singh and Nitin Gadkari.

Nadda was the first choice of Prime Minister Narendra Modi and Home Minister Amit Shah for the job. As per report, PM Modi and Amit Shah are expected to arrive at the BJP office for Nadda's formal elevation.

Senior BJP leader Radha Mohan Singh, who is in charge of the organisational election process, made the announcement at the party headquarters in Delhi.

The appointment of a new president also brought to end incumbent Shah's tenure of over five and a half years during which the BJP expanded its footprints across the country like never before and enjoyed its best phase in electoral contests despite suffering a few setbacks in state polls.

Nadda, who has been a member of the Himachal Pradesh legislative assembly thrice in 1993, 1998, and 2007, was handpicked for the top post in July last year after Shah was made the home minister. With Shah joining the Modi 2.0 government, the BJP began the exercise for electing his successor as the party has the convention that a person cannot hold more than one post whether in the party or in the government.

In the run-up to the 2019 Lok Sabha election, Himachal Pradesh leader was in-charge of the BJP's election campaign in the politically crucial state of Uttar Pradesh, where the party faced a tough challenge from the grand alliance of the Samajwadi Party (SP) and Bahujan Samaj Party (BSP). The party managed to win 62 out of the 80 Lok Sabha seats in Uttar Pradesh.

Apart from this, he was a Cabinet minister in the first tenure of the Modi government and has been a member of the parliamentary board, the BJP's top decision making body.

He entered into national politics in 2010 when the then BJP president Nitin Gadkari appointed him the general secretary of the party under his leadership. Soon after this, he became a member of Rajya Sabha in April, 2012, and served as health minister under Modi from 2014 to 2019.

Nadda was born on 2 December 1960 to Narain Lall Nadda and Krishna Nadda. He did his schooling from St. Xavier's School, Patna, while he did his B.A. from Patna College, Patna University and LL.B. from Himachal Pradesh University, Shimla. Nadda is married to Mallika Nadda and the couple has two sons.

By Chitranjan Kumar with PTI inputs

Budget 2020 Date: When is Union Budget, Expectations from Modi govt, Time, where to watch